Since its humble beginnings in 1893, the Apache ministry has grown, now serving over 3,600 people in a variety of ways. Five missionaries, two Apache pastors, and one Apache evangelist serve the nine congregations on the reservations. The Apache Christian Training School (ACTS) provides education and resources to prepare leaders for sharing God’s Word on the reservations and beyond. Two schools serve over 275 students, giving them a foundational Christian education. These are just a few of the services for which attendees gave thanks at the celebration last month.

Plocher’s great-grandson, Andrew, principal and teacher at Emmaus, Phoenix, Ariz., attended the anniversary and expressed thanks for all the people who came to the reservation to celebrate. When Plocher was asked what he thinks his great-grandfather would say about the celebration, he said, “He would just praise God.”

“Humanly speaking, the initial efforts to reach the Apache nation with the gospel seemed to be an impossible task,” says Schroeder, reflecting after the event. “Now, 125 years later, the Apache people are still hearing the good news, are still having their faith nourished, and are still thankful for those who brought the gospel to them.”

On Sunday, all of the reservations’ congregations joined together to hold seven “Rally Day” worship services.

“The most encouraging thing about the work among the Apache people is that they are recognizing that the work of missions and ministry belongs to them,” says Schroeder. “While we are still there to help and assist, it is gratifying that the Apache people are embracing the idea of training members of their tribe to serve as pastors and teachers, looking ahead to the day when all called workers on the reservation will be Apache.” 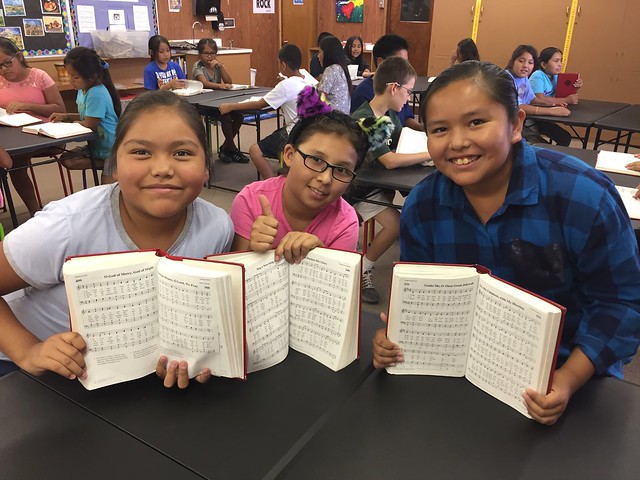