Life on a university campus can be challenging in many ways. For Christian students, the values and beliefs they have held for their entire lives not only can be in the minority, but those beliefs also can often be the object of ridicule and even attack. Add to that all of the other aspects of campus life that can be potentially harmful to their faith, and it’s easy to see that we want to do all we can to provide the support and spiritual resources that our young people will need when they head off to college.

Our synod has recognized that need for a long time. In 1920, the first WELS campus ministry program began at the University of Wisconsin—Madison. For 100 years, thousands of young adults have found spiritual comfort, community, and encouragement through WELS campus ministries that have been carried out throughout North America. WELS Campus Ministry, a ministry of WELS Home Missions, continues to support congregations that serve college students during a critical transition time in their lives. The WELS Campus Ministry Committee currently provides about 30 campus ministries with financial support and assists hundreds of other congregations in their campus ministry outreach.

Due to COVID-19, WELS Campus Ministry held its conference virtually this year. Last week, campus pastors and others involved in campus ministries tuned in for a live video conference. The archived conference can be viewed online. Presentations included looking at effective ways to recruit and engage college students using technology and highlighting the various resources available to use in promoting campus ministry in congregations.

One of those resources is a Campus Ministry 100 toolkit, which provides tools for any congregation to be involved in campus ministry by either starting a campus ministry program or supporting their church’s college students while they’re away.

WELS Campus Ministry is encouraging all congregations to hold a special Sunday in 2020–21, giving thanks to the Lord for the 100 years it’s been able to serve college students. Worship helps, a sermon, and promotional resources have been provided to host a campus ministry-themed Reformation service, mission festival, or Ascension service. Campus ministry speakers are also available to guest preach by request at wels.net/speaker-request.

Our WELS university and college students are a precious treasure. Keep encouraging them to hold on to the “one thing needful” and remember them in your prayers. 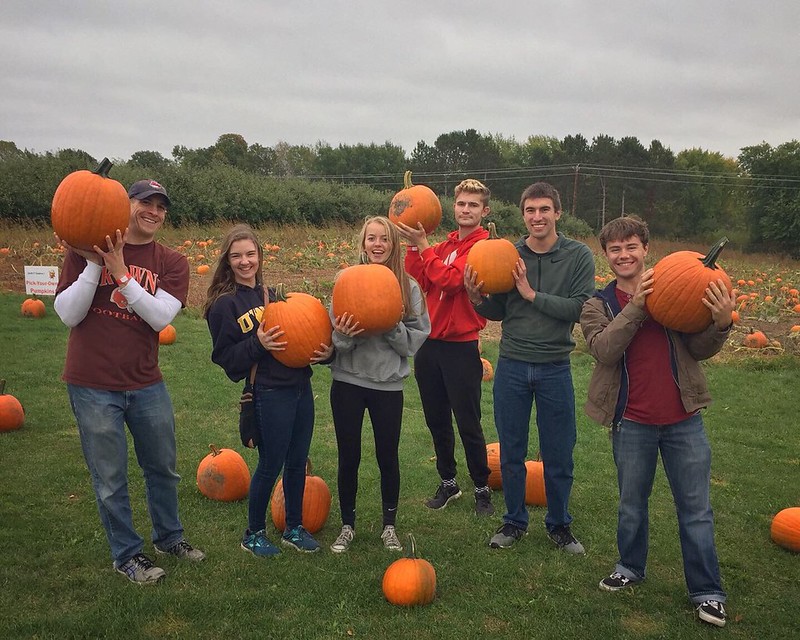 Rev. Paul Nitz started in his new position as One Team counselor at the Center for Mission and Ministry this month.

Nitz had served for 27 years in Malawi, Africa, moving there with his wife, Susan, and their baby, Henry, following Nitz’s graduation from Wisconsin Lutheran Seminary, Mequon, in 1993. During those years, he established churches, trained national pastors, and led the mission team as it explored new opportunities for outreach in Africa.

In his new position, Nitz will be working with “One Teams” in World Missions’ seven different regions—Native America, Latin America, Africa, Europe, Asia, East Asia, and Multi-Language Productions. These One Teams consist of stateside administrative committees that work with the missionary teams to conduct gospel ministry in each area.

“His number one priority is to work with the One Team leaders to provide them what they need to keep the ongoing ministry going,” says Rev. Larry Schlomer, administrator of WELS World Missions. According to Schlomer, this means helping the teams determine “how to use the resources at hand so they don’t drop any of the work they currently have going while being able to expand to meet the needs of new places.”

This position in the Missions Office was designed because of how quickly the number of world mission fields is expanding. WELS is currently maintaining contacts and relationships in 57 countries around the world—40 as mission partners and 17 as exploratory work. Just within the past seven years, WELS has grown in Africa from work in 4 countries to outreach possibilities in 13.

Schlomer says Nitz is uniquely prepared for this role. “He really has lived the goal of a mission, starting with raising up churches to training the pastors to lead those churches to stepping into a team that is looking to do the same for other mission fields. All of these things make him a trusted counselor and a trusted mentor for other people who are leading the teams in our world mission fields.”

Read Nitz’s thoughts on his work in Africa in this article from the upcoming September issue of Forward in Christ. Cleanup is continuing in Cedar Rapids, Iowa, from storms that blew through the Midwest on Monday, Aug. 10.

The line of storms, called a derecho, had sustained winds of more than 100 miles per hour and damaged homes, downed trees, and left hundreds of thousands in Iowa without power. Good Shepherd, the WELS church in Cedar Rapids, sustained major roof damage and felled trees; most of its members also had extensive cleanup to do on their properties.

WELS Christian Aid and Relief and Good Shepherd quickly organized a work weekend and recruited volunteers to clean up the church property as well as the yards of members and their neighbors and friends. More than 50 people, including members of Good Shepherd and WELS members who traveled to the area, gathered last weekend to help.

“The devastation is immense; it’s hard to believe,” says Rev. Dan Sims, director of WELS Christian Aid and Relief, who also volunteered at the work weekend. “There are massive trees down everywhere—lying on houses, on cars, on sheds, on driveways.”

Volunteers went out in groups to clear trees and pick up debris. “I was working alongside of members of Good Shepherd who hadn’t touched their own yards yet,” says Sims. “They had trees down too, but they were out helping other people. It was heartwarming to see.”

He continues, “When you are servants of Jesus going out and helping those in need—it really makes an impression on people.”

WELS Christian Aid and Relief and Good Shepherd are organizing another work weekend Aug. 21–23 to continue cleaning up at the church and area homes. For more information or to volunteer, visit facebook.com/WELSChristianAidAndRelief/. 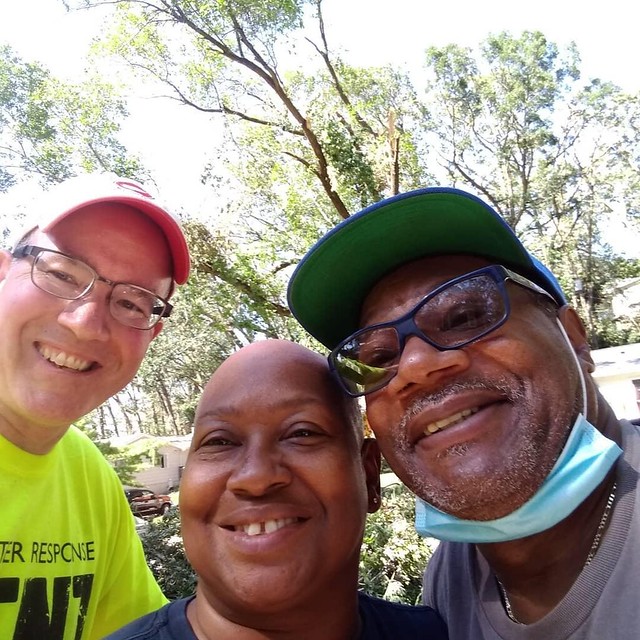