WELS Night is a thriller

You are here: Home / Together / WELS Night is a thriller

More than 2,400 WELS members witnessed a dramatic walk-off home run as the Brewers defeated the Rockies in the bottom of the ninth inning. The epic three-run blast topped off a wonderful evening of fun and fellowship for the fifth annual WELS Night at Miller Park on Aug. 3. Several seating sections were filled with members wearing the royal blue WELS Night at Miller Park t-shirts.

“It was great to see more than one thousand of our members proudly wearing their WELS shirts in front of tens of thousands of Brewers fans from across the greater Milwaukee region and the state,” says Mr. Lee Hitter, WELS director of communications. WELS President Mark Schroeder welcomed busloads of WELS members from congregations throughout the Midwest prior to the game. It was a picture-perfect evening. 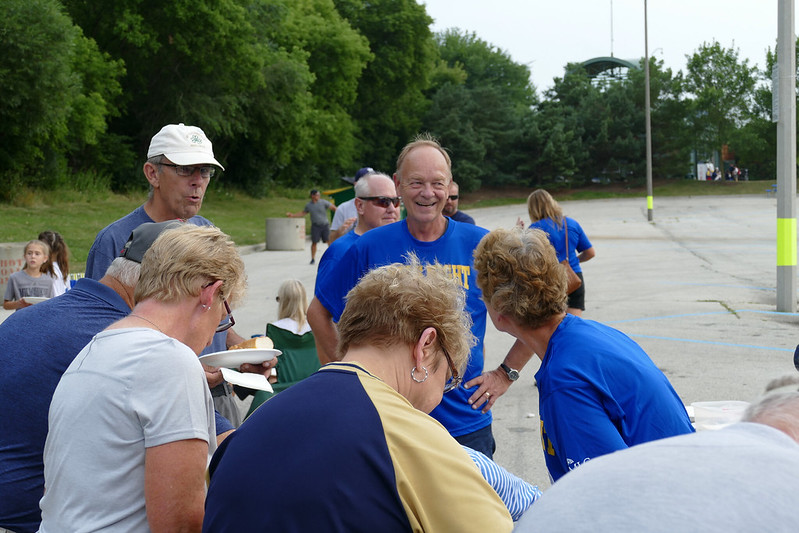 The pregame included WELS Second Vice President Joel Voss throwing out the ceremonial first pitch. “The satisfaction of seeing and being with my fellow brothers and sisters in the faith began as soon as I stepped out of the car. After walking just a few yards, there was a lady wearing the WELS Night shirt. She saw me first and greeted me warmly even though we had never met. It was a joy to see more than two thousand WELS people simply enjoying the sport of baseball. It brought WELS people together in a way that is not common,” says Rev. Joel Voss, Resurrection, Centerville, Ohio.

The fourth inning featured Brewers junior announcer Ella Schroeder, a fourth-grade student from St. John’s Lutheran School, Wauwatosa, Wis. She did a fantastic job introducing the Brewers’ batters as they came to the plate.

“I thank WELS for the opportunity to represent it not only on the mound but also as its second vice president. It’s one of the many joys of the ministry the Lord has given me, and I thank him daily for those blessings,” says Voss. A new way to begin your mission journey

A new way to begin your mission journey
Scroll to top