You are here: Home1 / Together2 / WELS Night a hit

Despite watching a Brewers defeat, more than 2,400 WELS members enjoyed a beautiful summer evening of baseball and fellowship for the sixth annual WELS Night at Miller Park. Several WELS members took part in the game festivities including WELS First Vice President Rev. Jim Huebner throwing out the ceremonial first pitch. “Preaching to a crowd like that would have been less nerve-wracking than throwing a baseball, but it was fun nonetheless,” he says. “It was an honor to wear a WELS Night T-shirt and meet some of the kind and helpful Brewers staff.”

During the fourth inning, eight-year-old Addison Bauer from Good News, Mt. Horeb, Wis., was invited to announce the Brewers batting lineup as the junior announcer. 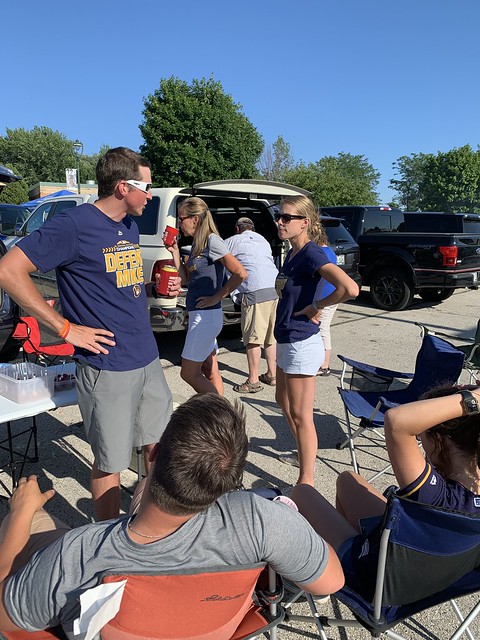 “The hundreds of WELS members wearing their bright blue WELS shirts really stood out in the near-capacity crowd, and it was great to greet them as I passed them in the concourse,” says Mr. Lee Hitter, WELS communications director. “Many of them suggested dates for me to consider when I schedule next year’s seventh annual WELS Night event.” First Taste of Missions a success