You are here: Home1 / Together2 / Social media expands reach and offers more connections

It started with wanting to offer more women in a congregation the opportunity to study together.

Corissa Nelson, wife of the pastor at Good Shepherd, Cedar Rapids, Iowa, decided to start a midweek women’s Bible class using 2000 Demons by Professor E. Allen Sorum as the base of the study. With short chapters, already included questions, and a riveting topic, the book seemed a perfect fit.

The problem: finding time during the week when most women could meet. Also congregation members are scattered, many living at least half an hour from church.

Nelson decided to create a Facebook group where she would post a question or two a day related to that week’s reading. Members of the group could comment and share their thoughts and ideas. While a small group from the church still met in person each week, this allowed more people who couldn’t make weekday meetings to participate.

But Nelson didn’t stop there. “Once I realized that we had bridged those miles, I determined we could invite anyone to be in the study,” she says. As part of the WELS Women’s Ministry Development Committee, Nelson thought offering this online opportunity for Bible study would be a great way to build community for all WELS women. So WELS Women’s Ministry began promoting this Bible study opportunity on its Facebook page.

More than 600 women from around the country (and even some from abroad) joined the group throughout the course of the monthlong Bible study, which concluded this past February. Nelson said between 300 to 500 of these were active, returning often to the site even if they didn’t always post comments.

Nelson says that having this broader group involved helped Good Shepherd, a smaller, isolated congregation, feel more connected to the synod and other WELS members. “They were able to connect with other mature Christians and learn from them,” she says.

Others commented on Facebook that they too had difficulty getting to a Bible study and appreciated this additional opportunity to study God’s Word. “Although it’s not as perfect as everyone sitting around a table and sharing ideas, it really can encourage more people to have some personal study and connect with other women,” says Nelson.

Nelson is offering another women’s Bible study, which will start April 9. This one, written by her husband Rev. Marques Nelson, will be on getting women involved in evangelism, based on the book of Acts. To join, go to facebook.com/groups/WMStudyGSLCR. 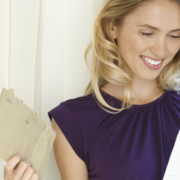 Thanks for the guidance